During the 2015-16 school year, students began working on a new sensory and vegetable garden. The school previously had 4 raised beds that were used by students to grow various vegetables such as pumpkins, beans, onions, and tomatoes. Some of the vegetables that were grown were used the next year by students to make salsa. Students worked to plan, design, and build the new sensory garden with our field biologist. The plants included in the garden address at least one of the five senses: touch, smell, sight, sound, and taste. Some of the native plant species chosen by students include cardinal flower, boneset, sweet black eyed susan, prairie smoke, lavender hyssop, and little blue stem. Four new raised beds were added, creating a garden that consists of 8 raised beds along with 2 pallet gardens. The garden also features  a wood chip path and tree stumps that serve as seating. Students also worked with our art teacher to create wind chimes for the garden.

This garden project provides a chance for students to learn about plant ecology, the importance of local and native plants, biodiversity, science and math, landscape design, the senses and scientific observation, gardening, land stewardship, and environmental literacy.

Future plans for the garden include adding fencing, a rock garden, songbird garden, and a hummingbird garden. 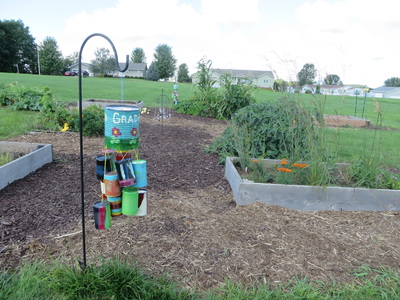 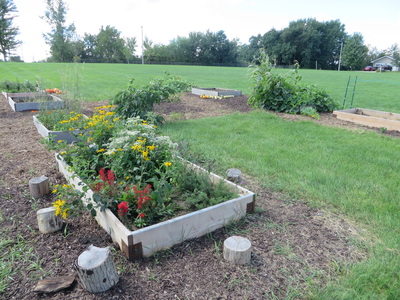 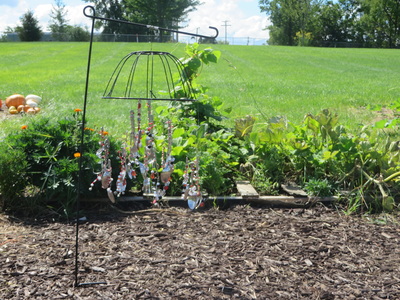 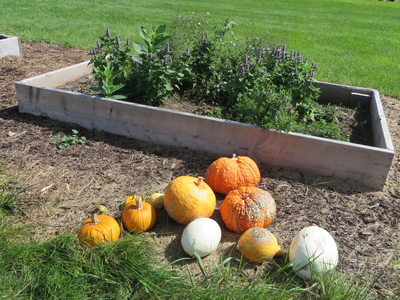 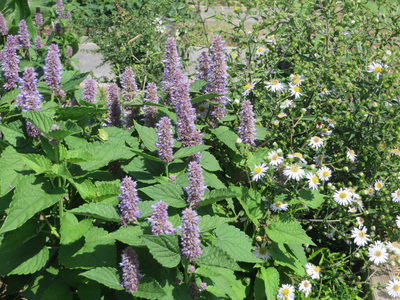